Good afternoon! The Chinese New Year is just days away. I would like to, on behalf of all Liaison Office staff, take this opportunity to express my best wishes to all of you for a happy Chinese New Year. This past year of 2022 is of utmost significance for both the Party and the country, and marked a milestone in the practice of "one country, two systems".

This past year, the socialist cause with Chinese characteristics has arrived at a new historical starting point. The Communist Party of China successfully convened its 20th National Congress, which sounded the clarion call for the great rejuvenation of the Chinese nation by means of Chinese-style modernization. We have achieved the first centenary goal, and are in confident strides towards the new journey of building a modern socialist country in all respects. This past year, China has successfully hosted the Beijing Winter Olympics, launched the "Shenzhou" spacecraft, delivered its first home-made large passenger aircraft, and a host of other events that have captured the attention of the world. In the face of accelerating changes unseen in a century, the great ship of socialism with Chinese characteristics has kept cleaving waves and forging ahead. China, bearing a global vision, is becoming even more credible, appealing and respectable.

This past year, the practice in Hong Kong of "one country, two systems" has arrived at a new historical starting point. On the 25th anniversary of Hong Kong's return to the motherland, President Xi Jinping made an inspection tour of the special administrative region and delivered an important speech. He reaffirmed the central government's resolve to stay committed to the policy of "one country, two systems", and gave an exposition of the theoretical and practical issues regarding "one country, two systems", adding a fresh impetus to the principle of "patriots administering Hong Kong." This past year, with the strong support of the motherland, Hong Kong has fended off the onslaught of the fifth wave of the pandemic and steadily got back on track; has successfully hosted a string of international events, such as the Global Financial Leaders' Investment Summit and the Belt and Road Summit; on the New Year eve, fireworks lit up the sky over the Victoria Harbour, demonstrating to the world the harmony and beauty of the Pearl of the Orient.

Hong Kong always weighs heavily on the mind of President Xi Jinping. During his inspection tour of the city on July 1 last year, the President pointed out that "from disarray to good governance, Hong Kong is entering a new phase of becoming more prosperous", and raised "four expectations" for the HKSAR Government and different sectors of the society. In his latest New Year Address, Xi said, once again, that he was "deeply glad to see that Hong Kong has restored order and is set to thrive again". Hong Kong setting out to progress "from order to prosperity" is the eager aspiration of President Xi as well as the common wish of all Hong Kong residents. The Liaison Office cherishes, as much as you do, the presence of "order", and is eagerly looking forward to Hong Kong further unleashing the driving force of "prosperity" so as to facilitate a shift from order to prosperity. Here I would like to share with you three points of observations.

To further unleash the driving force of "prosperity", it is imperative that we avail ourselves of the tremendous opportunity arising from Chinese-style modernization, and keep contributing to the historical process of the great rejuvenation of the Chinese nation. What Hong Kong has achieved today is attributable to the hard work of generations of Hong Kong residents, to the opportunities generated by the country's reform and opening-up drive, and to the historical trend engendered by national rejuvenation. Chinese-style modernization is going full steam ahead; the great resilience and vitality of the Chinese economy have been empirically tested; and we are closer than ever to the great dream of national rejuvenation. As predicted by institutions such as the International Monetary Fund, China's economic growth is expected to further contribute to the world economic recovery. The world, by and large, holds a positive outlook and expectation for China. The mainland's vast hinterland, consumer market and inexhaustible innovation power have provided a giant platform for Hong Kong residents to pursue their dreams. When Hong Kong advances in parallel with the motherland and aligns its future with the great cause of national rejuvenation, numerous opportunities will lie in wait for the city to achieve "prosperity", and its confidence will abound in surmounting challenges.

To further unleash the driving force of "prosperity", it is imperative that we actively engage in international exchanges, and sharpen our core competitiveness while fortifying our unique position and strengths. Hong Kong's greatest strength lies in the policy of "one country, two systems". It has been the winning formula for Hong Kong to give full play to the advantages of "two systems" while steadfastly upholding the premise of "one country". Hong Kong's unique strengths are multifaceted, including having the motherland as its staunch backer; a free, open and well-regulated business environment; a common law legal system; and a well-connected global network. Hong Kong is the meeting place of eastern and western cultures, as well as international investors, helping it carve out a unique position in the global economy. The central government has been consistent in supporting Hong Kong in its drive to develop into a vibrant international metropolis. Cross-boundary travel with the mainland has been normalized lately, with bilateral exchanges and cooperations gaining full recovery. To add fresh impetus to its new phase of development, Hong Kong needs to give full play to its unique advantages; engage in extensive exchanges and cooperations with the outside world; keep cementing its traditional position as the hub for international finance, shipping and trade. Hong Kong also needs to step up effort to foster new competitiveness by developing itself into international centers for innovation and technology, as well as for cultural and arts exchanges between China and the rest of the world. It should aim for greater international attractiveness in the course of integration into the national development strategy; sharpen its comparative advantage by actively participating in international cooperation and competition; and strive to "serve the needs of the country by leveraging its unique edges". The above endeavours are set to brighten the prospects for Hong Kong, and create more promising opportunities for the people of Hong Kong.

To further unleash the driving force of "prosperity", it is imperative that we stay committed to working hard and build strong synergy through united endeavours. Hong Kong compatriots have been known for being inclusive, seeking common ground while reserving differences, and keeping an unyielding spirit and the courage to strive for success. Unity and enterprise lie at the heart of these fine traditions. Hong Kong is the home for all of us, who have worked together to create the miracle of the Fragrant Harbour. Unity and enterprise still hold the key to facilitating the shift from order to prosperity and to the creation of a better life. Today, Hong Kong is steering away from the whirlpool of pan-politicization, while there is a firmer social foundation for the principle of "patriots administering Hong Kong", a stronger consensus on the need for stability and development. Moreover, there are more career and growth opportunities for the younger generation. A harmonious and stable social environment is essential to the growth of career and business. It is imperative that we treasure the hard-won social "order"; steadfastly uphold the constitutional order of the HKSAR laid down by the nation's Constitution and the Basic Law; resolutely safeguard the country's national sovereignty, security and development interests; vigorously promote mainstream values that highlight the love of the country and Hong Kong, and that is in keeping with the policy of "one country, two systems" so as to forge powerful synergy for unity and enterprise. When the underlying potential of Hong Kong is given full play, no challenges and difficulties are insurmountable going forward.

The next five years will be critical "for getting our efforts to build a modern socialist country in all respects off to a good start", and "for Hong Kong to break new ground and achieve another leap forward". At this moment of historical importance marked by the convergence of "two critical periods", we are full of hope and confidence in Hong Kong that is embarking on the "transition from order to prosperity". It is my firm belief that Hong Kong will definitely further unleash the driving force of "prosperity" with steadfast support of the motherland, the solid safeguard of "one country, two systems" and unremitting efforts by the people of Hong Kong.

In the new year , the Liaison Office will, as always, perform its duties in accordance with the law; will render full support to the Chief Executive and the SAR Government in exercising law-based governance; and will join effort with different sectors of the society and local residents to facilitate Hong Kong's progress from order to prosperity. My best wishes to the people of Hong Kong for a prosperous new year, good health, promising career and satisfying life! 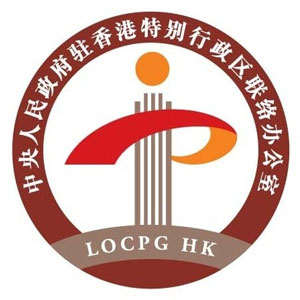